Happy 2010! This site isn't quite dead, although I do post a little more often on my “work” blog than here. Photos of Malaysia and Barcelona will be appearing here soon.

This Web space is about 10 years old now (I started using it in 1998, but the oldest post still on display is from October 2000…) so I figured it was about time I moved it to a new address. Hence, yoda.zoy.org becomes ot.zoy.org, and the old moniker no-one uses any more fades into old memories. As for the site itself, nothing else has changed – same ol' design, same photos… 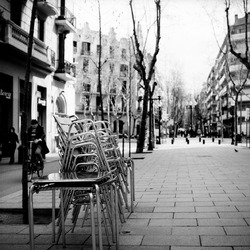