One of the children invents a game, dangers, threats, and a set of absurd, almost random rules for their game. He will lead the others to a magical place where all wishes come true, but only if they follow his lead and the convoluted path he will trace for them.

I remember playing such games as a child, and I remember being so engrossed in play that the day would pass in the blink of an eye. To an external observer, however, the game would have felt utterly boring. 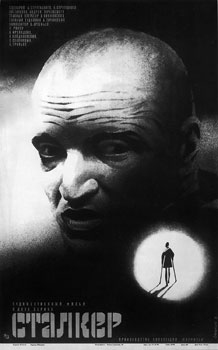 I watched Andrei Tarkovski’s 1979 Stalker (Сталкер) – the 2 hours-and-half epic of three middle aged men crossing a field and visiting a house in ruins, making up absurd rules and being afraid of invisible dangers, all the while very seriously bumbling about the meaning of life. I think I almost fell asleep at some point. And yet … it has been a long time since I pondered and blabbered so much about a movie I’d just seen. Stalker has the kind of not-pretty-but beautiful aesthetic I aim for when I point a photographic camera at the world. It is a demanding mess of metaphors and false leads. Full of religious references, pagan, messianic or otherwise, it touches at the ideas of sacrifice, the question of what it means to be good.

At some point the character of the Writer, played by Anatoli Solonitsyn, wonders whether the only decent thing to do with one’s life is to dedicate it to art, because it is the only unselfish action. This line was probably on the crew’s mind as they were shooting amidst the toxic puddles of an abandoned power station that eventually killed Tarkovski, hist wife-cum-assistant-director, and Solonitsyn himself. Beyond its shooting and screening, Stalker remains a story of hope and dedication.

The film is a matter of faith and hope for the viewer, too. If you are like me, you learned about Stalker because so many critics have hailed it as a masterpiece. In the emphatic words of actress Cate Blanchett “Every single frame of the film is burned into my retina.”. But does the opinion of an inspired elite mean the movie will invariably be a pleasant, even life-changing, experience?

Only by letting go can one go past the nagging impression that this might very well be a 163 minutes-long bad joke. But when one does let go, Stalker becomes a trance-like meditation on life, hope and the nature of man; watching it gave me one of the most intellectually stimulating evenings in a decade.

This is not science-fiction for everyone. Enter at your own risks. 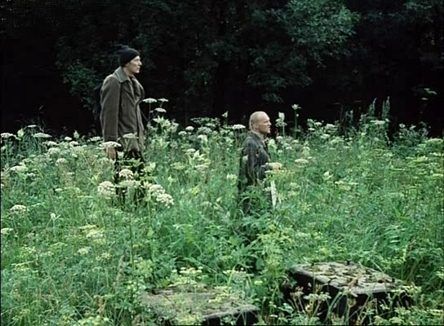 “Let everything that's been planned come true. Let them believe.” 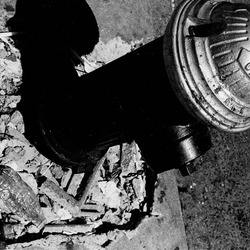