A year or so ago, I was invited by the executives at the company where I worked to participate in a series of soul-searching business strategy meetings. At some point in the second or third session, I dropped a bomb. The core problem of interactive agencies, and indeed of the whole agency model, I argued, was that the work being produced was simply mediocre.

We were in the midst of an exercise where participants try to crack a problem by asking themselves “Why?”. “Why is the sky blue?” – because of how the atmosphere scatters blue light differently from red light. “Why is there an atmosphere?” – because of gravity. Ad nauseam. And somewhere down the rabbit hole, you’re supposed to get to “42”, and you’re done.

We never quite succeeded at this exercise, and the question “why is the work done by agencies often mediocre, flashy, soulless, and useless?” remained unanswered, and that bothered me for a while. For some time after that, I observed that any projects where a client had expressed a very clear desire, and that desire was strongly enforced by project managers, would generally end in a wreck. Conversely, projects which the team had shaped from a brief detailing objectives but no solution, in which we’d poured our all, as well as most of the skunkworks project I led in the company, seemed to have some level of success. So maybe the key was to “scratch your own itch”, be passionate, and you would do great work?

Of course, the agency model is marred by a lot of problems, least of which a billing model that tends to turn project managers away from being facilitators of great quality, timeliness and budget responsibility, and into mindless timesheet cops. But this, and one could argue most other systemic problems of agencies, could boild down to “the company is working for a client, and not for themselves”.

Six months later, I gave a presentation at the Paris Web conference, talking about the few things I’d learned about fostering a culture of innovation. There were some really great conversations following the presentation, yet one really surprised me. In essence, this conference-goer was incredibly excited that I’d presented our agency as working with a range of companies and organisations, rather than for them. And that made all the difference.

”, a treatise on life, towns, building, architecture and pattern languages The Timeless Way of Building. A taoist meditation on architecture, it is the kind of book that punches you in the guts and gets you thinking for months at end.

A passage in particular gives me a hint as to why agencies (and indeed most builders of today’s web) are flawed not so much in what they do, but in what they are. It goes like this:

When the language is shared, the individual patterns in the language are profound. The patterns are always simple. Nothing which is not simple and direct can survive the slow transmission from person to person. There is nothing in these languages so complex that someone can not understand it.

Cornerstones for a stone building; a shelf by the window; a seat by the front door; dormer windows; care for a tree; light and shade where we sit; running water in the neighbourhood; a brick edge to the water …

Just because every detail has to make sense to every man and woman, the patterns are heartfelt, and profound.

The language covers the whole of life.

Every facet of the human experience is covered, in one way or another, by the patterns in the language.

The seven ages of man are all covered, and the variety of all possible acts is covered. The entire culture, and the environment which supports it, forms a single unbroken fabric.

The connection between the users and the act of building is direct.

Either the people build for themselves, with their own hands, or else they talk directly to the craftsman who build for them, with almost the same degree of control over the small details which are built.

The whole emerges by itself and is continually repaired. Each person in a town knows that his own small acts help to create and to maintain the whole. Each person feels tied into society, and proud because of it.

The adaptation between people and buildings is profound.

Because the adaptation is detailed and profound, each place takes a unique character. Slowly, the variety of places and buildings begins to reflect  the variety of human situations in the town. This is what makes the town alive. The patterns stay alive, because the people who are using them are also testing them.

But, by contrast, in the early phases of industrial society which we have experienced recently, the pattern languages die.

Instead of being widely shared, the pattern languages which determine how a town gets made becomes specialized and private. Roads are built by highway engineers; buildings by architects; parks by planners; hospitals by hospital consultants; schools by educational specialists; gardens by gardeners; tract housing by developers.

The people of the town themselves know hardly any of the languages which these specialists use. And if they want to find out what these languages contain, they can’t, because it is considered professional expertise. The professional guard their language jealously to make themselves indispensable.

The production of architecture today seems to live in a spectrum between two extremes: stunning projections of the ego of people like the works of Gehry, Piano or Ando – and McMansions. Sadly – at least in North America where the work is seldom tied to historical constraints, there isn’t a lot in between. And neither have the soul, the beauty and the simple (and thus incredibly elusive) qualities that make them good place to live, that make us better people.

The problem with agencies – and most of the web industry – may be the same problem faced by modern building and architecture: our professionals have become hyperspecialised builders, happily made the Web an arcane craft far removed from the people and organisations it is supposed to serve. We are annoyed at our clients’ lame attempts at controlling the process of building – something they are doing out of spite, because they can’t control the actual product. Because we don’t let them. Because we’re the professionals, and they just wouldn’t understand.

Unless we get closer to the people for whom we build, we will keep building junk – great-looking junk, or would-be functional junk, but junk nevertheless.

Notes on the London Urban Walkshop 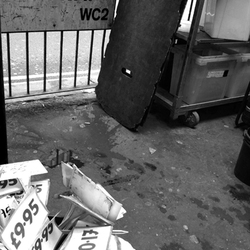 Last month, I was in the happy few attending the first London installment of the "Systems/Layers Walkshop" organised by Adam and Nurri of Do Projects. 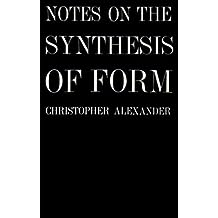