I tend to see it more as a very darwinian take on the theory of design. If good design is characterised by good “fit” to a given “context” (Something Alexander seems to skilfully avoid defining), then we can look at traditional architecture as the result of a slow evolution through very small changes which resulted in a good fit for the geographical and social context in which the architecture is built. Some form of natural (or at least unconscious) selection, in other words. On the other hand, with the advent of the specialised architect and his (her) ego, we have switched from the realm of natural selection to that of the cultural selection, and the results aren’t pretty.

The book then proceeds to painstakingly define mathematical models for the architect to define the perfect fit in advance and on paper – something (thank goodness) he would later abandon in favour of a more organic, iterative process involving equally the builder and the person who will live in the abode. Which means that today, especially in the domain of software and Web, both the cowboys of agile and the bigots of over-architected systems both swear by Alexander’s gospel. Quite a feat. But I digress.

As a coincidence, another of the books currently on my reading list (this time in audiobook – the very entertaining and educational 13 Things that Don’t Make Sense

) also looks at evolution theories, and amongst various musings about dark matter, gravitation, life, death, we learn that Darwinian theorists have a problem with sex. (But then, who doesn’t).

Now, “why, sex, why?” is a perfectly valid existential question, but (and of course IANAG) I do not see any disturbing inadequacy between the theory of natural selection and the prolonged existence of the “second most efficient way of propagating the genes”. The only problem is with the prolonged use of the idea of the “survival of the fittest”, which is not only incorrect, it also carries a very pernicious subtext. While natural selection is a theory to explain the world by saying, in essence, that what survives through generation does so because it is fit-enough to survive, “survival of the fittest” implies an arbitrary rule, as if all life from the pampa to the galapagos was part of some kind of retarded game show.

And we know how that generally ends – with a lonesome Christophe Lambert listening to Queen all day.

A year or so ago, I was invited by the executives at the company where I worked to participate in a series of soul-searching business strategy meetings. At some point in the second or third session, I dropped a bomb. The core problem of interactive agencies, and indeed of the whole agency model, I argued, was that the work being produced was simply mediocre. 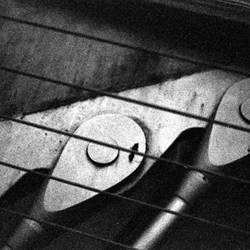 Innovation means testing a lot of ideas and methods, and unless you are obscenely lucky – failing a lot. The key is to learn, and fail (or succeed) fast. One thing I learned recently through an exercise in rapid, user-driven prototyping workshop: a little suspension of disbelief can help innovation go faster.