The idea of impermanence, and how it applies to our digital architecture and environment, is one that I have been poking at for many years — but I am yet to truly crack this nut.

So when Simon Collison of the New Adventures in Web Design conference asked Steph to talk at their 2013 edition, it provided me with the perfect occasion to finally put some of my thoughts on the topic in order.

Even before this opportunity came up, we had spent countless hours discussing our approach to the issue - me with my experience living in Japan and devouring books both on Zen and the Japanese aesthetics, both traditional and contemporary; her with a daoism-tinged upbringing and the experience of an artisan in metal and clay.

Steph's eventual take on the subject was a beautiful, thoughtful and funny talk meditating on miso soup and the hard-to-define Japanese aesthetics of wabi-sabi; she wanted to provide the community with a richer vocabulary on impermanence. Most importantly, I think it also provided the conference with serious food for thought and a welcome departure from the otherwise excellent talks on the business as usual of web design.

Throughout the many hours of debate and exchanges of half-formed ideas which preceded the building of the talk, I became convinced that the issue of impermanence, decay and longevity will increasingly have to matter for us artisans of the Web as we come to terms with the maturity of our medium.

It is, of course, unusual for us to think of the Web as something that is prone to decay. Sure, computer science does have a thing or two to say about it, as storage and conservation of ones and zeroes over a long period of time do pose some problems: magnetic storage flips bits at random, optical media gets degraded by fungus after only a few years. But those are issues against which we can find effective strategies, and for us on the web, they do seem so far down the layers of computing that they hardly matter.

Decay does exist on the web, though. Our mistake is that we have been using the metaphor of “pages” for too long we haven't bothered to truly define the raw material of the web, and observe its properties over time. And web "pages" are obviously not yellowing, or being slowly chewed away by internet vermin.

Information, interaction and presentation are, on the other hand, just as good candidates for the "raw material" of the web, and are very oxidisable material indeed.

Visual presentation of the web gets old. Remember "Under construction" animated gifs? Blink tags? And nothing says "web, circa 2005" like rounded corners. Mark Boulton has written about Digital patina, too. But he stuck to appearances. Surely there's more to it.

Information too gets out of date. That was true in books, and to our great dismay we are finding that it does too on the web, even though the medium would theoretically let us keep all the information we put online up to date, forever. But we don't. Partly because we can't, and partly because we don't really need or want to.

Wikipedia and other such corners of the web may be getting a constant coat of shine and polish, but a 2002 profile on a then-hot social networking site still says young dashing Joe lives with his parents and loves clubbing. Joe is married, tired, overworked and may only get back to clubbing if a divorce puts him back on the meat market.

Joe's profile is out of date, and Joe will probably never update it. That's OK. The profile page became really hard to find a long time ago anyway. There may have been a few links to it, but search engines have better, newer, and more, more, more information to index, process, find and show us to bother with than Joe's old profile. That too is digital decay.

And then… the site went from hot property to has-been bubble fodder a few years ago anyway. The media empire that acquired it and then failed to make money out of it will soon pull the plug. Joe's old profile will disappear from the web, like rust peeling in the wind. Its imprint on the universe may linger for a while in a few caches, but for how long?

Things don't seem to last very long on the web.

Back in 2009, I started working at a digital agency. After 8 years with the W3C - where concepts such as “URI persistence policy” are taken very seriously – I was rather horrified to see how we generally deal with “web redesigns”.

Far from being a fresh coat of paint on the visual treatment of information or a good tweak on the interactions provided, they seem to firmly follow the “baby and bathwater quickly down the drain” blueprint. Content is rewritten from scratch. Links go 404. Old stuff gets deleted, and happily so, because, you know, it's old.

It reminded me of buildings in Japan. Houses and apartment buildings there are routinely bulldozed and rebuilt every 30 years or so. It makes sense. The country is insanely earthquake-prone, so buildings never stay free of cracks and defects for very long. The Japanese have long figured out that impermanence is not something to be fought against, but embraced. If you want to create something that will last forever, you need to cater for the fact that it will change. It will age. Everything does. Even plastic returns to dust, eventually.

To the befuddled gaijin wondering why they would borrow their life away to buy a house that would have to be bulldozed in 30 years, their Japanese friends would say it has been done like that forever. Some will surely make a point to mention how shinto shrines such as the great complex in Ise have been identically re-built every 20 years for times immemorial:

The shrine buildings at Naikū and Gekū, as well as the Uji Bridge, are rebuilt every 20 years as a part of the Shinto belief of the death and renewal of nature and the impermanence of all things — wabi-sabi — and as a way of passing building techniques from one generation to the next.The rebuilding of the main shrine takes place on an adjacent site next to the old, and each rebuilding alternates between the two sites.

And yet, and yet… The main difference is in the material. The apartment building made of painted concrete, and the shrines mainly made of wood. Wood will only respond to the battering of the elements with a beautiful patina, and when is time to let go of it, more trees will have grown to replace and rebuild.

Concrete, on the other hand, holds the hope of building once and forever. No wonder the roman empire perfected it, no wonder our industrial world, tired of hauling stone around, is scrambling to re-discover it.

But concrete ages. Badly. Ugly in a handful of years (if not from day one, but that is a matter of taste), cracked in 10, crumbling eventually. And we hide it and paint it and plaster it, but sooner or later pyrotechnics take over. Start again, from scratch.

Maybe some day we will find the ageing of concrete beautiful, talk of its patina, as we do for wood. Will we build differently then?

And so, in the course of one of the many discussions that preceded the conference talk, these thoughts prompted me to quip «only things that are allowed to age can last forever», something Steph developed into what may be one of the most important questions for the future of the web.

Her point is that unlike most buildings, furniture, clothes and every industrial object, the material of the web is one that we are not only choosing - we are making and inventing it. So how, indeed, can we build a Web (the material and the thing) that gets better with age, better with use?

Many people mistakenly regard architecture as something permanent because, compared to many other things in everyday life, including our own bodies, buildings seem immune from the effects of time. Because of this people have become less sensitive to time in the context of architecture. They need to be reminded that the design of space is by no means different from the design of time. They need to recognise anew that buildings are also fragile things that are subject to the effects of time: they are fleeting experiences, in a sense.

… and I will add the New Adventures conf video when it gets available.

Thoughts? Reactions? Anything on the topic you've read or written or talked about? Get in touch 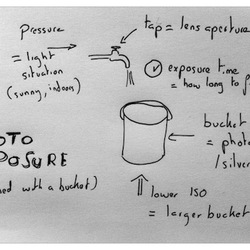 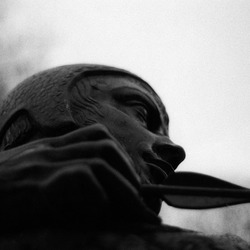