On the margin of the phenomenally inspiring New Adventures conference, some twenty webby people ended up walking the streets and walls of Nottingham on a cold January morning. The snow threatened. The pavement was icy. We advanced as a clickety herd, some carrying iPhones, others with cameras larger than their heads.

Taking shelter from the cold, part of our group ended the walk in a café, coddling hot tea. Dan, one of the wonderful organisers of the walk, started explaining why "all automatic" settings in those shiny new cameras was algorithmic and thus not always very smart, and proceeded to try and explain how all of the settings worked. His explanation was animated, passionate, funny, and must have been a little bit confusing to his audience - as would happen when you try to explain exposure and optics and depth of field and why the aperture is a fraction, all at once.

So I drew a picture.

Explaining photo exposure, with a bucket

The explanation is not very new. I'm sure that's how I learned it over ten years ago, probably on a photo.net forum. It goes like this:

Given a pipe with set water pressure (the light conditions in your scene: sunny, overcast, candle-lit night scene), you want to fill a bucket with water. Most of the time you don't want to fill it too much (overexposure), not too little (underexposure). You want it just right.

The "auto" settings in most cameras would pick a bucket and fill it for you at the press of a button.

But if you are adventurous, you could choose the bucket yourself. They come in different sizes: that's the sensitivity - or ISO - of the film or sensor. The higher the sensitivity, the smaller the bucket.

You could decide how much you open the tap (or faucet for those of a more american disposition). That's your lens' aperture. Most lenses will let you open the tap wide (at f/2.8 or something along those lines), letting a lot of fluid in. You can reduce the flow to a dribble (at aperture f/22 or thereabouts).

And then of course you can control how long you keep the bucket under the stream of water (light). A quarter of a millisecond? Ten seconds? Anything in between?

In the end you get the same result - a reasonably full bucket, a reasonably well exposed picture. But the way you got there matters. The size of the bucket (the ISO) will impact grain and noise in the final picture. The aperture will impact how much of the final image is sharp and in focus (a shallow depth of field at wide apertures, a very deep one at f/11 and down). And the length of your exposure will either freeze movement or capture it in flow.

Of course, you don't have to control all parameters every time you take a photograph. Spend too much time picking the right bucket, fiddling with the tap or deciding how long to keep the bucket under the stream and the right scene may come and go. Most of us prefer controlling one of the parameters at a time, leaving the rest to the reasonably smart algorithm in our electronic cameras. Control only the tap (aperture priority) and its effect on depth of field. Control only the timing (shutter priority) and its effect on freezing the scene. And let the camera do the rest of the maths for us, and leave us with a nicely filled bucket.

Update: Some people apparently liked/disliked the bucket metaphor so much, they suggested additions:

Any other idea? Tell me your thoughts, e.g. on Twitter. 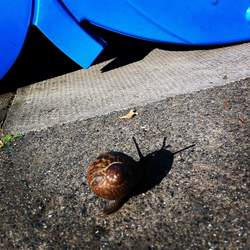 I could have let it fossilise. stop using it. Leave my content there. Read only. I chose to let it rust. 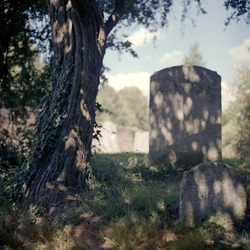 A few thoughts on how the concept of impermanence applies to digital design. Does the web rust? does information always decay? Is the material of the web wood that gets a beautiful patina with age and use, or only gets ugly and crumbles away?